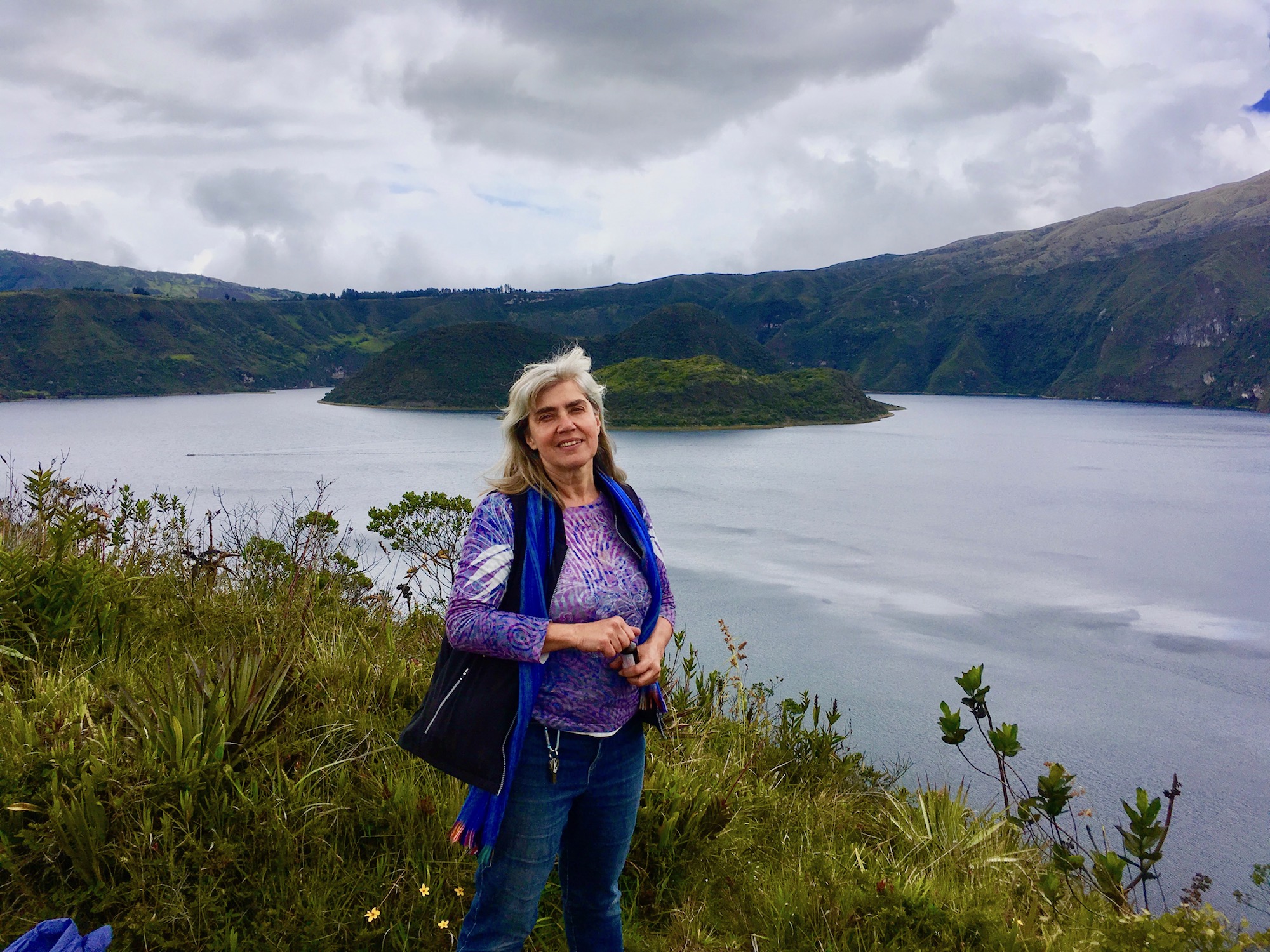 Cuycocha is a 10,000′ high volcanic caldera containing a sublimely lovely lake, above Cotacachi. 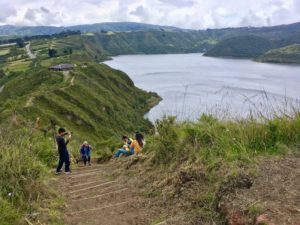 Recently a U.S.  friend visiting Ecuador hired a driver, an Ecuadorian tour guide, and an Indigenous tour guide to take us up to the park for a hike around the caldera.

For over a century, the lake has been called Cuicocha, or Cuycocha.  “Cocha” means lake and “Cuy” means guinea pig, which is a common food animal here. (We managed not to eat any “cuys” during our stay. )  Our indigenous guide, José Antonio, explained that the real name for this lake, in Quechua, is “Kuychikocha” (kwee-chi-ko-cha) which means “rainbow lake”.  As rainbows are not common in this region, a lake with rainbows is a sacred thing. The Spanish conquistadors apparently changed the name of the lake.

Our friend’s tour driver drove us to the trailhead with our two guides. A winding trail circled the gorgeous deep-blue lake to our left, with spectacular views of the mountainside sloping far down to our right.  Cuicocha’s highest point is well over 10,000’.  The double view is definitely worth the effort to get there!

Altitude can be a bit of a problem. I had to rest several times, simply from lack of oxygen. Our guides reminded me to walk slowly, so I focused on feeling my feet landing on the rocky narrow trail.  Then I had time to gaze at the two islands within the crater lake.  Supposedly a population of small deer live on those two isolated islands. Still walking slowly, I noticed the birds swooping into the volcanic basin and sweeping over the lake’s surface.  At that altitude, there is profound peace.  The stillness of the lake affected me, inspiring inner stillness. I would have been happy to simply sit and breathe, on the cusp between volcanic lake and the fields miles below.

The non-English-speaking guide, José Antonio is very involved in the shamanic community locally. 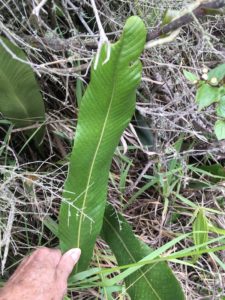 His two languages are Quechua and Spanish. Once he learned that I do natural healing for a living, he took an interest in me.  He and I lagged behind the others, as he showed me medicinal plants and their uses. He described ceremonial rituals that the shamans do around the lake. It was a fascinating few hours of education that Gary and I received!  Alas, I was unable to record it. The others forged ahead, while we took our time talking about healing plants, healing methods, cleansing ceremonies. Gary was with us when José Antonio explained much of what is behind the annual Festival of the Sun called “Inti Raymi”.  It honors and thanks God within the Sun (called “inti” by Incas) and Pachamama (Earth).  It takes place on the summer solstice. Part of a series of four annual sacred festivals, it is meant to ensure life and fertility.  https://en.wikipedia.org/wiki/Inti_Raymi    A shaman takes the participants in that festival up to the volcano’s rim, to the stone structure where we stood, and performed a ritual cleansing beforehand. The stone structure had four sections representing the four equinoxes and solstices of the year.  The Spanish conquistadors didn’t like such a pagan festival, so they linked it to their Catholic celebration of John the Baptist and called it the Festival of San Juan.   I would have loved to understand Spanish better, in order to really understand these precious explanations.

Our hike back down the volcano was possibly even more beautiful than the hike up, because my eyes were on the scenery on both sides, rather than on the trail. I savored my last moments in this extraordinary location. This particular journey requires fortitude and acclimation to altitude, and professional guides (required by law). It’s well worth doing, for anyone who is interested in participating in something highly unusual and extremely uplifting.